Marching to the drum beats 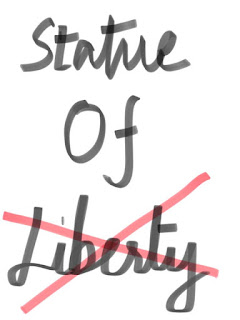 Are people feeling left out?
Yes.
Are we leaving people out.
Nope. Not me. I don't leave them out, I throw them out. Dear you, and you and you, GET OUT. You too. And you. Out out out.
BLOCK.
BLOCK.
BLOCK.

Who is outside?
I can't see.
Seems like everybody
Shhh, this. Sweet sound of revolution.
It is everybody!
Definity not. I am going to Bernie Sanders' book signing, wanna come? Later we can Barthes and chill.
Everybody is outside.
Didn't you hear that British Comedian? Left has won the cultural war. VIKTAHREEEEEEE IS OURS.
But everybody is outside.
No. Look outside the window. Oh wait, we got the windows removed.
EVERYBODY!!
Naah. Just some of my racist, misogynistic relatives, friends, some colleagues, ex-husbands, all my lovers, most of my neighbours, all of the too-big-to-fail banks, all tech unicorns, couple of my foetuses, my homophobic cat. Global warming denying celebrities, Clinteatons. And oh ya my bible flashing parents. Theter Piel. Brainwashed immigrant phobic trolls. ISIS. Islamophobists.
Ummm. That is everybody.
Na just a bunch of Neo fascists. And yeah my 21-year old smug self. Always unbecoming of a liberal. Engaging in newer environments. That bitch. My first victim.
What are these people up to?
Don't know.
Think they are up to something.
Don't care.
Think they are voting.
No. I am certain. They are riding Melon Husk's post truth self driven cars. Ha ha ha ha. Dimwits.
I think our conditioning is bullet proof and our spectrum like coffee stains.
Untrue.
It won't let us mix with the 'other'.
But the other is so dummmmmmmmb. Oh no. Shit. I am stuck in a lift with Borat Johnson and a rooster sitting on his head.
Give it a shot, get out of your room.
I am going to camouflage myself into the walls.
Say hi. Say 'I understand where you come from.'
Phew. That wasn't him. It was just frozen yoghurt.
Email Post
Labels: new world order political discourse Post-truth Rabbit Hole