If you don't have bread, then have FROYO 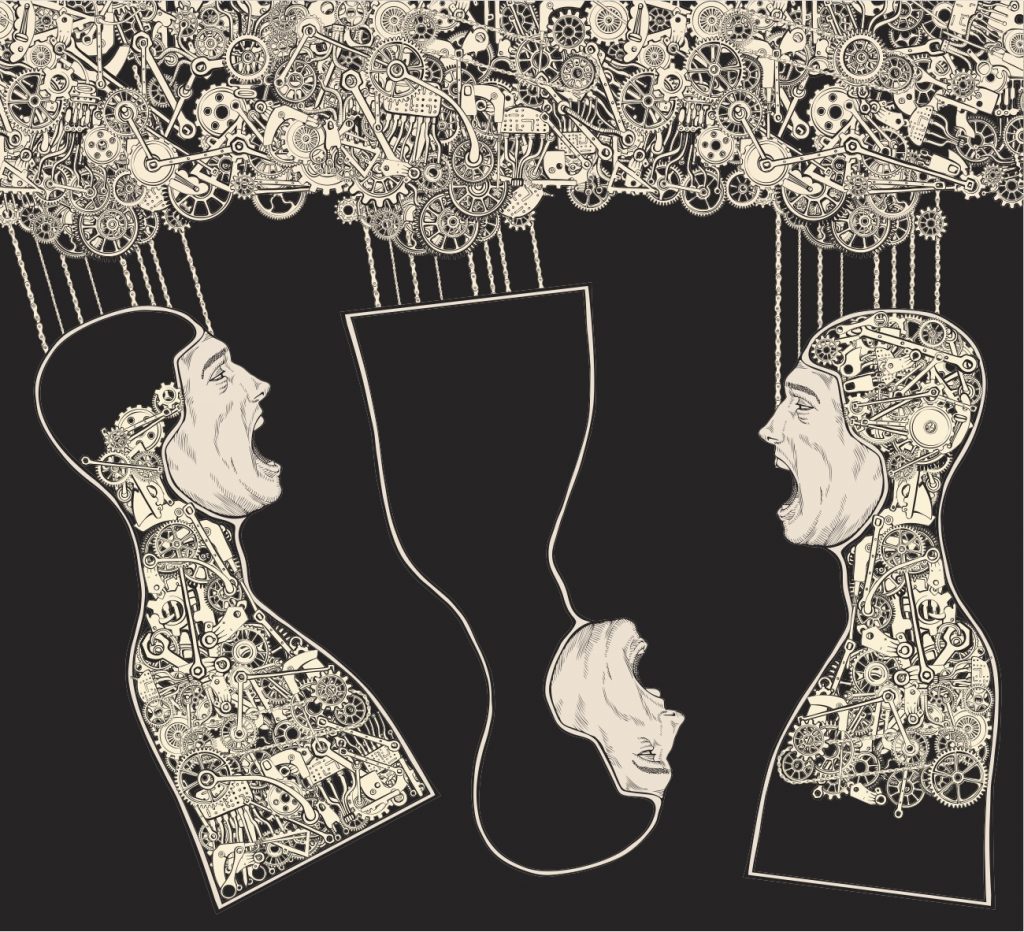 Rita and Ora are at a cafe sitting and looking at an anti-democracy protest going by and they are both talking.

Ora: Are people feeling left out?

Ora: Are we leaving people out.

(A server standing by notices and asks if she means him)

No, not you. (Rita nods sternly at him)

Rita: Now tell me who is outside?

Rita: Tch. This. This sweet taste of a revolution spill.

Ora: It is everybody! (Excitedly looking at the crowd)

Rita: Definity not. I am going to Bernie Sanders' book signing, wanna come? Later we can Barthes and chill. (sipping coffee)

Ora: Not really, I’d rather just Camus and Sissyphus roll. Also, everybody is outside.

Rita: Didn't you hear that British Comedian? Left has won the cultural war. VIKTAHREEEEEEE IS OURS.

They both laugh over the sound of indeed and toast with their croissants.

Ora: No, but but but everybody is outside.

Rita: No way! Look outside the door. Oh wait, we got the windows removed.

(We pan outside to see the milieu of a crowd with men, women, children, people from all walks of life)

It isn’t everybody. Just all of my racist, misogynistic relatives, friends, colleagues, ex-husbands, all my lovers, the whole subway to Disneyland, all of the too-big-to-fail banks, tech unicorns - how can we forget gig economists, couple of my foetuses, homophobic cat. Global warming enthusiasts, kindergarteners, Clint.. clintean, clinteaons..clinteatons. My bible flashing parents. Billionaires making space dicks. Immigrants. Paid trolls. ISIS. Islamophobists.

Ora: Hate to break this to you, That is everybody.

Rita: Na just a bunch of Neo fascists. And yeah my 21-year old smug self. Always unbecoming of a liberal. Engaging in newer environments. That bitch. My first victim.

Ora: What are these people up to?

Ora: Think they are up to something.

Ora: You think they are voting?

Rita: No. I am certain, they do and they would drive into polling booths in their Melon Husk post-truth self driven cars if it wasn't banned. I think our conditioning is bullet proof and our spectrum is like coffee stains.

The crowd pushes past and enters the cafe and now everyone is walking inside the cafe past the two. The two continue to sit as the crowd brushes past them and their coffee and food falls over. They are

Rita: Really? Why? No seriously why? Because experiences maketh us. No one else cleans up after you. khud dhona pade then we’ll know how acche are daag.

Ora: Nobody plays with you if you are in your pristine whites.

Rita: Oh ya, Last I wore my white mink, I was stuck in a lift with Borat Johnson and a rooster was sitting on his head.

The whole table is gone. They are sitting just on chairs stuffing cake.

Rita: I was going to camouflage myself into the walls. But thank goodness, I realised in time - it wasn't him. It was just frozen yoghurt.