My memories of him are like an European film. An Octogenarian mostly aloof from social compulsions, eternally in love with his wife, shouldering long overcoats, feeding his dogs from his very own large hearted white ceramic plate. In most of my consciousness of him, he was always asleep while - eating his food or planting forests or writing prescriptions or in the dead of the day, when no one was watching, during his afternoon naps - scraping his dry underchin with a rugged blade shaver. A beautiful and calm, uninterrupted slumber. I don't miss him. I just replay my favourite film a lot. 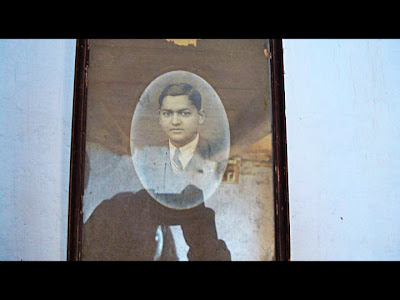